Balzac and the Little Chinese Seamstress ★★★★☆ 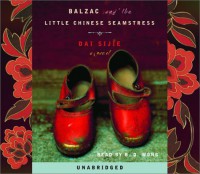 This was an interesting story with an unusual setting – China during Mao’s Cultural Revolution in the 1970s – following two teenaged boys who are being “re-educated” in the country for the crime of being part of the bourgeoisie, as part of the Down to the Countryside Movement. In a political and social atmosphere that punishes independent thought and romantic ideals, celebrating ignorance and encouraging violence against dissenters, the boys discover a stash of forbidden classic Western literature and are transformed. Perhaps the best part of this story is the twist at the end, where they discover its true power that is so feared by the authorities: that this transformative power can’t be leashed to serve their own needs alone.

Audiobook, borrowed from my public library via Overdrive, with an excellent reading by BD Wong.

I read this for The 16 Tasks of the Festive Season; Square 7: December 10th & 13th: Book themes for International Human Rights Day: Read a book originally written in another language (i.e., not in English and not in your mother tongue), –OR– a book written by anyone not anglo-saxon, –OR– any story revolving around the rights of others either being defended or abused –OR– Read a book set in New York City, or The Netherlands (home of the UN and UN World Court respectively). This book fits several of the requirements: written by a Chinese author in French, with a theme of human rights and civil liberty abuses. 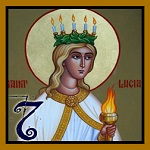