They don’t get much better than this. It’s a wonderfully slow burn of a story that builds up to a gross-out creepfest. The characters were fun, some people get what they deserve (yay!), some wholly undeserving people get it (oh no!), and the scary stuff is left satisfyingly under-explained for a lingering aftertaste of mystery (ahhhh). 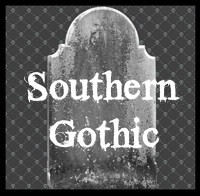 Audiobook, via Audible. I have mixed feelings on the performance by RC Bray. I liked his voices and infection, and his Southern accents were very plausible. But at times he was a little too deadpan, which flattened the story a bit. I read this for the 2018 Halloween Bingo square Southern Gothic : mystery, supernatural, suspense or horror set in the Southern part of the United States. This horror story is set in Alabama.