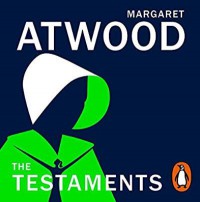 Maybe because I had already been introduced to Gilead and its social/political structure in The Handmaid’s Tale, I did not find The Testaments as shocking. Instead, it confirmed what I already suspected, that a totalitarian regime built on religious fanaticism was established by nonbelievers and enforced by cynically playing on the idealism of the true believers. And yet, this story is somehow more hopeful than Handmaid. We knew from the final chapter of Handmaid that Gilead would eventually fall, but in Testaments we see the cracks in the foundation.

This is still a grim story, though. Probably the darkest moment for me was in the author’s afterword, when Atwood tells us that she invented nothing new with it, that every bit of Gilead was drawn from real human history. At some point, we have done these things to each other, to ourselves. This is genuinely human nature, just distilled into a single story of a few generations. We should never complacently think to ourselves, “this could never happen now”.

Format – both audio & hardcover. I alternated between the two. The audio performance by the full cast was excellent. But Ann Dowd absolutely made Aunt Lydia come alive. I didn’t even realize she plays that character in the TV series. This might push me over the edge into getting a Hulu subscription to see it. 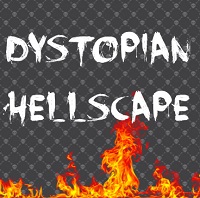 I read this book for the Booklikes Halloween Bingo 2019. I originally planned to read it for the square Poe/The Raven, but I’ve had to rearrange my squares a little, and I’m now going to use it for Dystopian Hellscape: Any book that relates to a dystopian society. This one isn’t on my bingo card, so I’m going to use my second Transfiguration Spell on the Fear the Drowning Deep square. I just couldn’t find anything that I already owned for FtDD, and I really wanted to read this one, anyway.