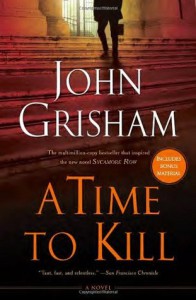 I hadn't read this since it was first published in 1989, and boy has it aged. It's still a pretty good courtroom thriller, and far better than the more recent Grisham books I've tried, but oh boy I had forgotten what the world was like in the 1980's and I wish I wasn't reminded.

Although Jake is the protagonist here, and the nominal hero, he's no Atticus Finch, crusading for justice. Or at least, Atticus Finch as we know him from Mockingbird. I still try to pretend I never read Watchman. He's self-serving and self-interested, doing his damnedest for his client but not adverse to furthering his own career and reputation. He's mean. He's dismissive toward even the women he admires. He discards people once he's gotten what he wants from them.

Still, it's a good story, and a savage look at the justice system and the society that maintains it.